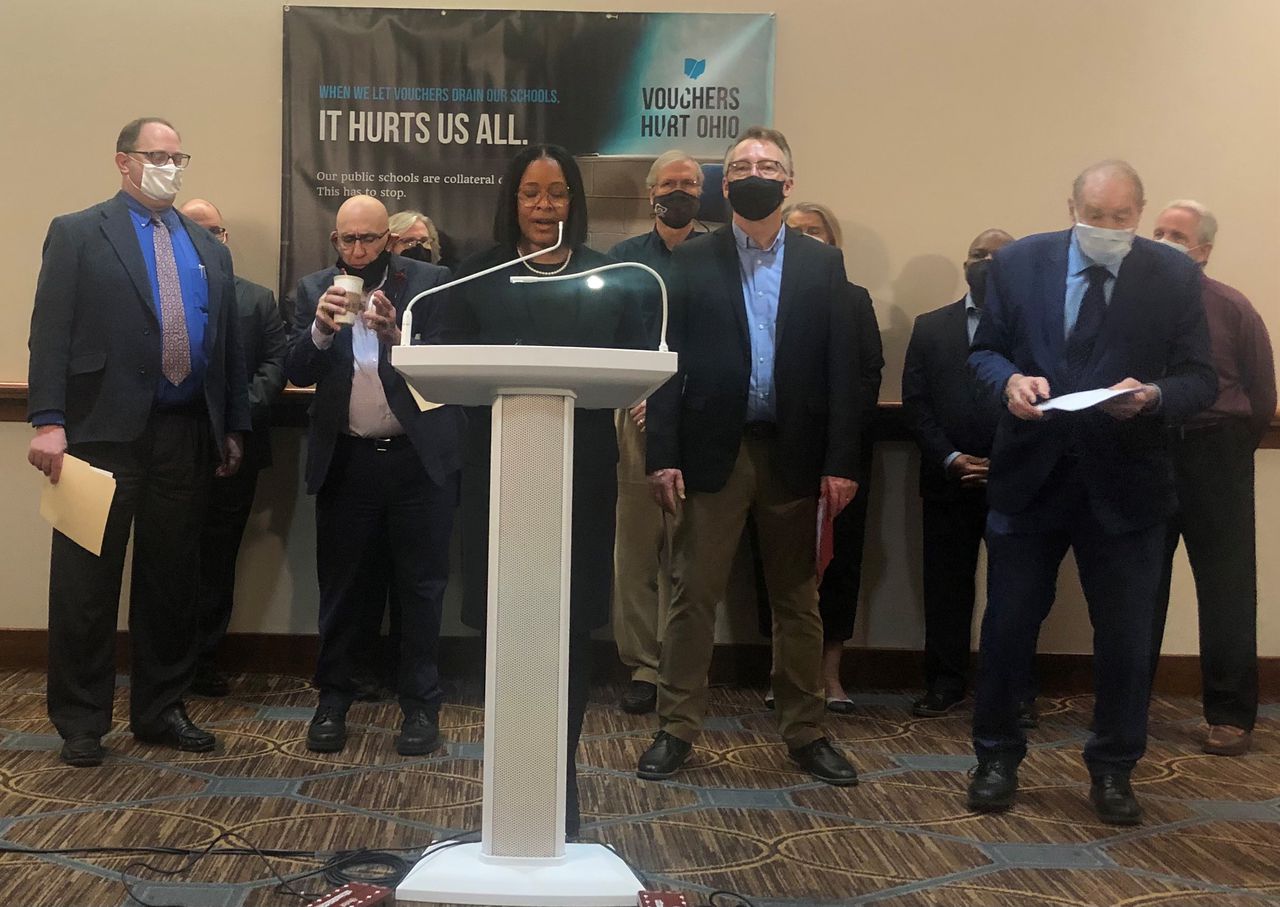 Rumblings of the rotunda

The class and the tribunal are in session: A coalition of 100 school districts sued Ohio for private learning vouchers on Tuesday in Franklin County Common Pleas Court. Districts say money diverted to private schools has forced them to apply for levies and has caused whites to flee to private schools, creating new segregation in public schools, reports Laura Hancock.

Signature problem: Earlier this week, a group trying to legalize recreational marijuana in Ohio learned it was 13,000 signatures missing to vote because many signatures were declared invalid. Recent voting measures in the state have also encountered similar issues with invalid signatures – Jeremy Pelzer has gone for answers as to why.

Campaign jab: State Representative Beth Liston received a $ 300 campaign contribution from Pfizer two weeks after the Columbus-area Democrat interviewed Dr Sherri Tenpenny during a committee hearing last June. But as Stat News’ Rachel Cohrs reports, Liston returned the donation and $ 250 check from Johnson & Johnson because she didn’t want to be seen as supporting vaccines because it’s in the pockets of big drug companies.

Portman tested positive: U.S. Senator Rob Portman announced on Tuesday that he had tested positive for COVID-19, joining a long list of lawmakers who have contracted the virus. “I am asymptomatic and feel great,” said a statement from Portman, who was fully vaccinated. “I have been in contact with the attending physician and my personal physician. I follow their medical advice and follow the CDC’s guidelines and self-isolate for the recommended five days. “

Telephone line: New U.S. Representative Shontel Brown, a Democrat from Warrensville Heights, will hold her first town hall by telephone at 6 p.m. on Thursday, January 6. Voters can register to participate at this website: http://shontelbrown.house. gov / live.

In the money: The Ohio Chamber of Commerce Political Action Committee, which hired Steve Stivers as CEO last year, raised $ 212,000 in 2021, more than four times the total in a year . The PAC now has a balance of more than $ 220,000 and plans to spend it to help elect pro-business candidates, the organization said on Tuesday.

Hang with Hannity: The House of Representatives committee investigating last year’s U.S. Capitol riot sent FoxNews host Sean Hannity a letter on Tuesday asking him to discuss his knowledge of the attack. The letter quotes a text written by Hannity to former White House chief of staff Mark Meadows and US Representative Jim Jordan before President Biden’s inauguration, which urged Trump never to “mention elections” again and sought out ideas to Jordan and Meadows. Jordan, a Republican from Champaign County, has yet to say how he would respond to his own request for a committee interview.

Bring flowers: Benjamin Flowers, Solicitor General of Ohio and former Registrar to the late United States Supreme Court Justice Antonin Scalia, will appear before the United States Supreme Court on Friday in the legal challenge brought by large corporations against President Joe Biden’s vaccine mandates, Reuters reports. Flowers, a University of Chicago law graduate, will present the state’s position, which Ohio Attorney General Dave Yost says is not whether vaccination mandates are desirable or wise, but if the US Occupational Safety and Health Administration has the authority for the mandate. .

Five organizations are lobbying House Bill 57, a Democrat-sponsored bill that would repeal the scandalized House Bill 6 in 2019, which allegedly provided $ 1 billion to bail out FirstEnergy’s nuclear power plants. Federal prosecutors allege FirstEnergy paid $ 60 million in bribes to former Ohio House President Larry Householder and others to push through the bill. Since the corruption scandal erupted, lawmakers have repealed most of Bill 6, except for a section that subsidizes coal-fired power plants in Ohio and Indiana.

Straight from the source

“Anyone who deviates from standard neoliberal orthodoxy ends up blowing himself up, right or left.”

-JD Vance, a Republican from Ohio running for the US Senate, in a Washington Post magazine essay written by Simon van Zuylen-Wood. Vance says he didn’t do an about-face on former President Donald Trump or the reason for the decline of America’s Rust Belt. He says his new views are part of an evolution of thought. Zuylen-Wood also maintains that the new opinions reflect Vance’s reaction to the reviews of his book, “Hillbilly Elegy,” which has become a much-criticized film as well.

Capitol Letter is a daily briefing providing succinct and timely information to those who care deeply about decisions made by the state government. If you are not already subscribed, you can subscribe here to receive Capitol Letter free of charge in your inbox every day of the week.