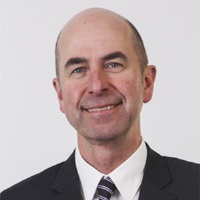 iTnews may reveal that deputy general manager of transformation projects, Charles McHardie, has been drafted into the new leadership position of the federal government’s largest IT store.

The permanent appointment was announced internally on Friday after three months of interim arrangements within the Technology Services group.

McNamara stepped down from his former CIO position in September after almost three years to become Digital Victoria’s first CEO.

McHardie is assuming the role of CIDO at a critical time for digital government services, with the federal government planning to make all of its services available online by 2025.

Services Australia is just days away from its new portal and myGov app entering the final stages of beta testing.

McHardie also comes to the post with an in-depth knowledge of Services Australia’s systems, having spent years with the agency’s predecessor, the Department of Human Services.

He spent three years as CTO and one year as Interim CIO between 2015 and 2019 before moving to the Department of Veterans Affairs for a one-and-a-half-year term.

McHardie joined Services Australia as Director of Transformation in May 2020 and has since led delivery of systems to support the agency’s response to the pandemic.

“McHardie has been the driving force behind Services Australia’s digital and technological transformation for the past 18 months,” said a spokesperson. iTnews.

WPIT is now in its final year. Last year, the federal government set aside more than $ 500 million in the budget to fund the program through fiscal year 2023-24, which is the largest amount of funding since the massive project began in 2015.

With McHardie now transitioning to the role of CIDO, a restructuring of the Technology Services group and the Transformation Projects group is also being considered.

“Bringing together businesses and ICTs provides a tremendous opportunity to realize the agency’s vision of simplifying government services so people can get their lives back on track. “

School district bans cell phones in classrooms; Anger mounts at the closing of hospitals; The 76ers shut down Curry and the Warriors

Combination of Common Sleep Disorders Could Be Fatal: Study