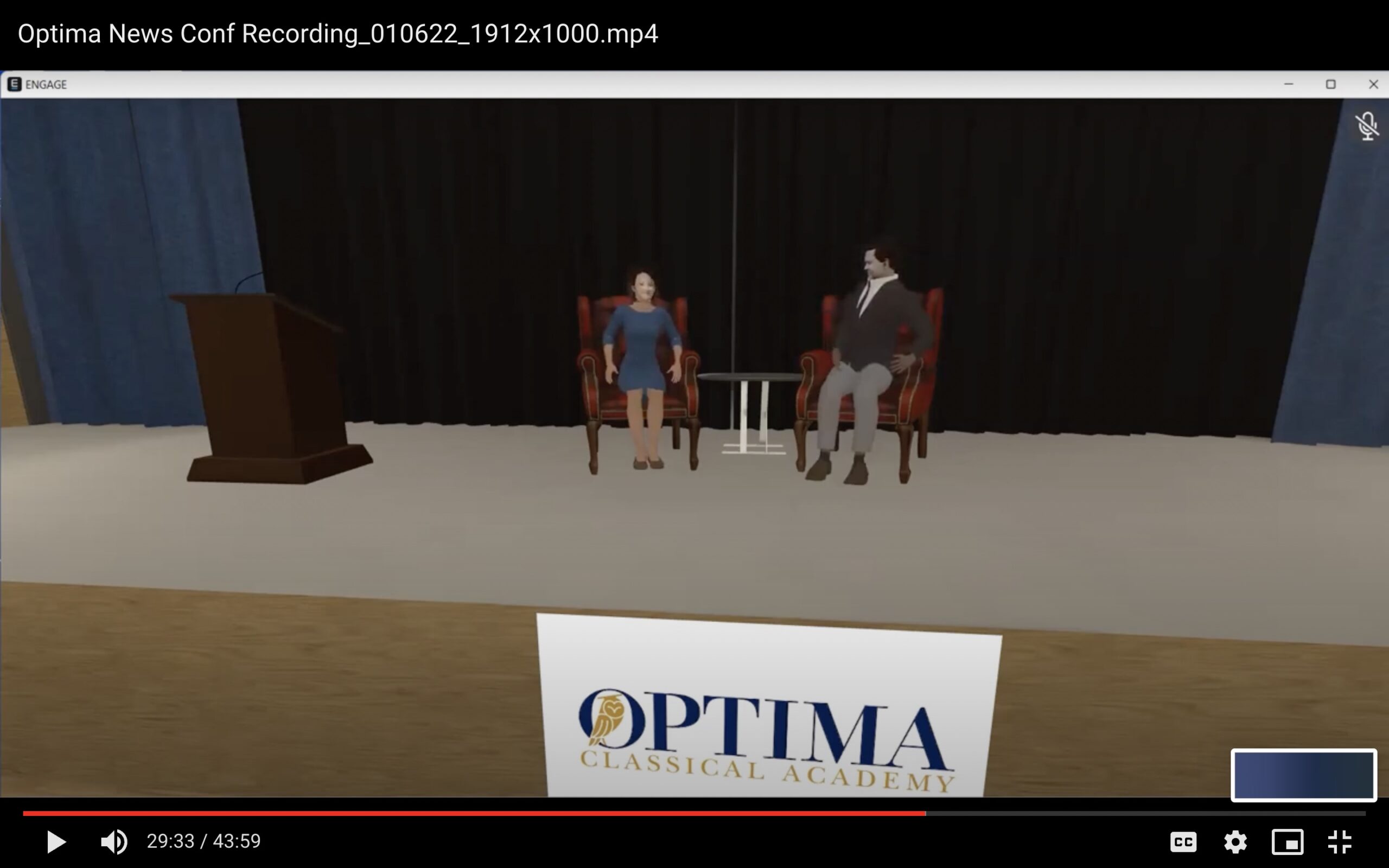 The first virtual reality charter school in the United States will begin classes on August 22.

Erika Donalds, founder of Optima Classic Academy, said students can start signing up for a lottery to secure a digital place in the classroom during the high-tech effort.

During a virtual press conference, Donalds – via a 3D rendered avatar – said this type of virtual instruction would be unlike anything students have experienced, whether during the pandemic or before.

“Parents have been upset by the substandard virtual offerings made available during the pandemic,” Donalds said.

“It’s the gold standard,” she added.

Adam Mangana, Executive Director of Optima Domi, said that part of the reason this company can move forward right now is the reduced cost of virtual reality technology. Headsets will be provided to students at no cost to the family, provided they are happy with the $ 300 Oculus technology.

“It’s the equivalent of buying every student a Google Chromebook,” he said. A few years ago, the same technology could have cost thousands of dollars per headset.

The school will initially offer classes to students in Grades 3 through 8, but additional grades will be added each year. Donalds said eighth-graders enrolled this fall will be able to stay in the virtual school until they graduate from high school in four years.

At this time, the school is chartered based in Collier County and can only serve students in the state of Florida. And students eligible for the state’s public school can put their name in the lottery. The school plans to cap enrollment at 35, which is higher than Florida’s class size restrictions in public schools, but far lower than virtual schools in Florida, where teachers can sometimes see 100 affected students. .

Going forward, Donalds hopes to grow nationally or even globally. Virtual reality technology is already enabling the school to harness the talents of education anywhere to deliver instruction.

She sees special value for military families who may be stationed overseas and who wish to receive an education in the United States.

The school will also include non-essential academic material like music and the arts, and like all charter school students, students can get involved in sports at their zoned public schools, Donalds noted. Students can expect to spend the morning in headsets in a virtual classroom environment, but then turn to individual study in the afternoon as in online virtual schools. Donalds said she wanted to make sure extracurricular offerings exist to provide a full school experience for students.

The new education platform could also shape education policy. Donalds, to note, is well connected politically and is married to US Rep. Byron donald. In Florida, she also founded the School Choice Movement and previously served on the Collier County School Board.


Views of the publication:
189

What are the advantages of online learning over traditional learning?